Halloscene is our largest free community event of the year and our absolute favorite! Every year, on the Thursday before Halloween, we open our doors for a safe, warm, and fun night of trick or treating fun! In 2017, we broke a record, giving out over 10,000 pounds of candy all across Ohio. In addition to the free trick-or-treat we have costume contests and fun and games for all.

It all started back in 2012 at our original location up in Dayton. 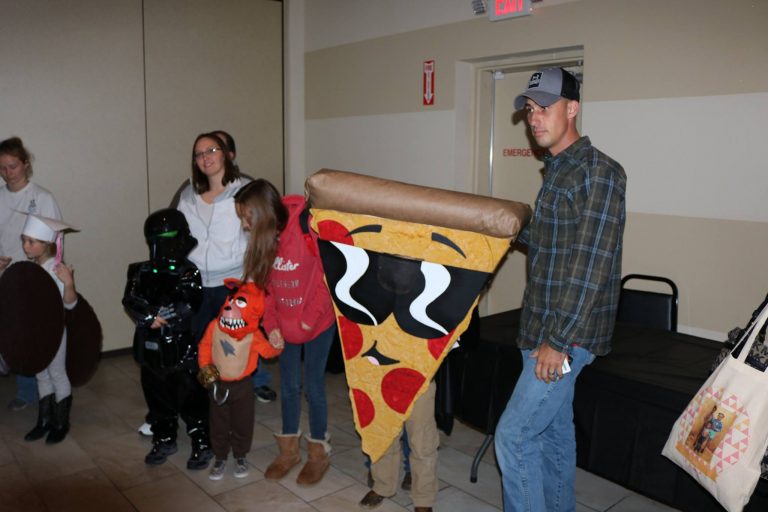 On October 30th, 2012 a Scene75 fan posted on our Facebook page at 8:35am asking “What do you think about spreading out several employees around Scene75 with candy and letting the kids have an indoor Beggars’ Night there, since this weather is simply MISERABLE. Especially for little ones who deserve to Trick or Treat but don’t deserve to be in this weather”.

The team and I had thought about the idea in the weeks prior to Halloween, but it seemed like a challenge that would be out of reach. Over the next hour that post began to collect likes and comments. So at 11:48 am we decided to push ahead and posted to our Dayton Facebook page that we would be hosting a trick or treat event that evening from 6-8pm. 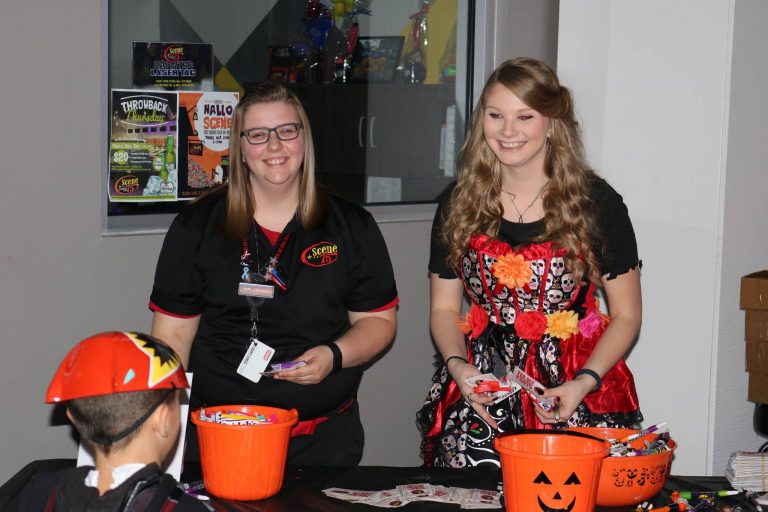 The clock was ticking, we had less than 7 hours to get the event organized and promoted. Planning was in full swing; spreading word to employees, designing the layout of the candy stations, and rushing around to get more Halloween decorations. Our announcement on Facebook was being shared and liked by hundreds; we optimistically planned for a big turnout. We prepared hundreds of pounds of candy from our redemption prizes to be given out as trick or treat candy.

When 6:00pm rolled around, it was the moment of truth. In the midst of a torrential down pour of rain Scene75 Dayton hosted its first indoor trick or treat. Within 5 minutes there were 50 kids dressed in costume, within 30 minutes the building was full of trick or treaters and a line was forming outside the door. That line would continue for hours. Two hours was not going to cut it, we had to add an extra hour to allow everyone to cycle through the candy stations.

In those 3 hours we had over 2,000 trick or treaters walk through the building and gave out over 850 pounds of candy! It was an awesome event to see and the feedback we received on Facebook was incredible. For an event with less than a days worth of planning it was a huge success. Before the night was over, we had decided that we are going to do this again every year.

Bigs and Littles can visit Scene75 for a FREE day of fun! Get out and do something fun and active with you Little every month at Scene75!

Scene75 is offering a FREE program for those with special needs.

Two organizations truly recognize the value in the other and get creative on how they can help each other achieve their goals.

Scene75 is a proud supporter of our local Children’s Hospitals and is deeply involved with their causes throughout the year.

Scene75 has partnered with Cleats For Kids to encourage kids to get out, be active, and play sports.

Entrepreneurship and business are part of what make America great, but no one said it was easy.

Let's see how Scene75 can help you with your cause!