You asked, we listened! We’re expanding our experiences for the little ones with the proud introduction of our very own mascots… Super Scene and his sidekick dog, Gumball!​

Super Scene came to Earth with one mission in mind…. to share fun! He brings the Scene75 Core Values to life by sharing fun, always putting others first and creating lasting memories for as many children as he can! 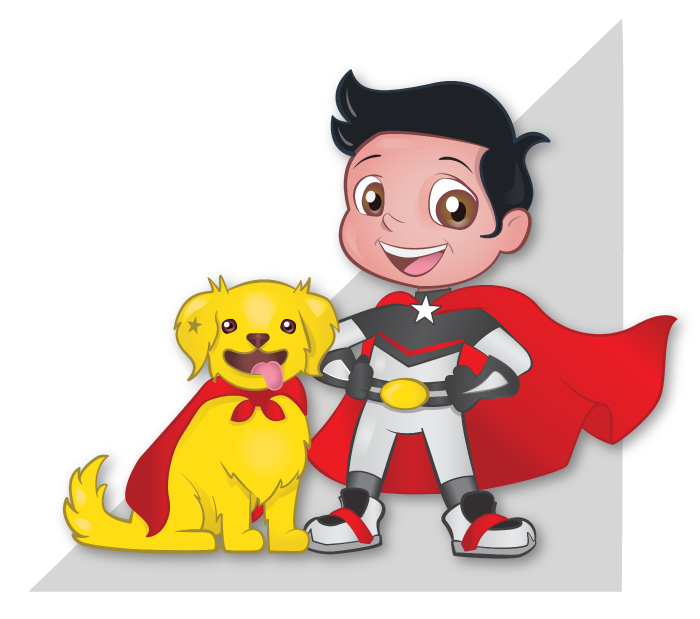 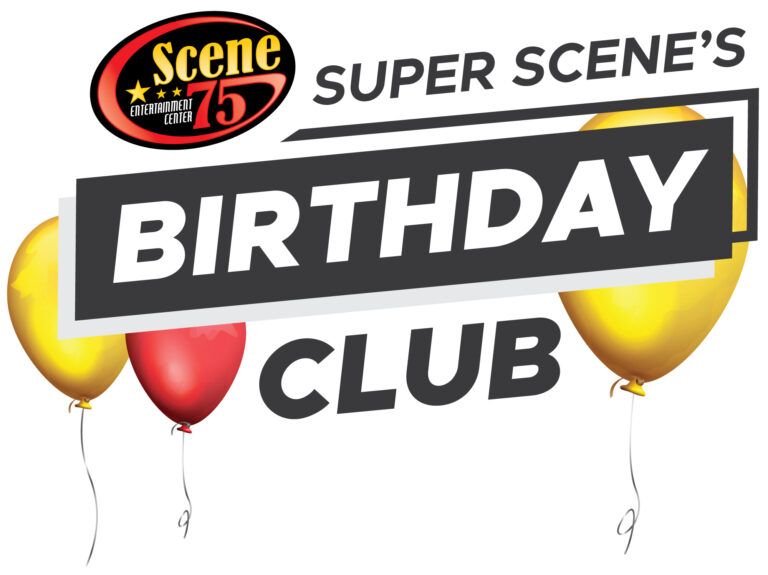 Sign up for Super Scene’s Birthday Club and receive exclusive perks for members only! PLUS special invites and freebies throughout the year!

All new members will receive one free attraction when you visit our party office next time you’re at Scene75 Dayton, Cincinnati, Cleveland, or Columbus! 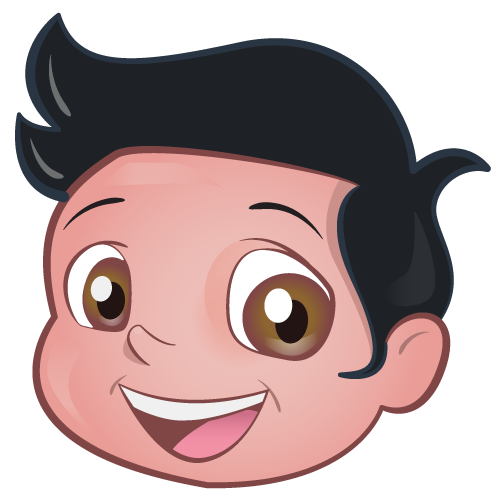 Far, far away on a planet called Fun75, citizens across the globe do everything they can to make sure their days and lives are filled with games and laughter. The citizens of Fun75 drive go-karts instead of cars, they take roller coasters to visit their friends and every house has a full arcade inside! Most importantly, the people of Fun75 truly believe that as long as you share fun and put other people first, the whole world can be a better place.

At Bounce House City, one of the largest towns in Fun75, lived a young boy named Super Scene. He and his fluffy dog Gumball grew up on Fun75 and they spent their days having fun with their friends. They both loved it there, but one day while ending a game of laser tag, Super Scene saw on the news that there were other planets in the galaxy that didn’t play as much the people on his planet. Super Scene knew, that the most important thing he could do would be to put those people first and help them have more fun.

Super Scene and Gumball hoped into their rocket ship and set out to a planet called Earth to try and find out how they could bring more fun to the lives of the people that lived there. After searching the cities and neighborhoods he realized that the people of Earth were missing a place where people of all ages could come together
and have fun all year round.

He decided to create a place that everyone could visit, where go-karts zoomed around all day and there were games around as far as the eye could see! A place where no matter your age, big or small, you could walk in and have the best day ever that you would remember for a lifetime. He wanted the people of Earth to know how much better their lives could be if they took some extra time each day to play and laugh with others.

He decided he would call this place Scene75, named after his home.

Super Scene and Gumball spent years testing the games and rides at Scene75 making sure that everything was in tip top shape for the people of Earth. Once it opened, hundreds of families and friends came in and played from sun up to sun down.Super Scene looked around at all of the families who were laughing, taking pictures, and having a blast. He knew he made the right decision to come. Super Scene promised the people of Earth that from this day forward this would be his new home. He promised that he and Gumball would spend every day of their lives ensuring that friends and families would always have a home away from their own homes at Scene75 where
they could have fun and be themselves.”

Experience the fun at Scene75 with Super Scene and Gumball by joining Super Scene’s Birthday Club!